Paris displays the future of mobility

All the new car models, the new concept cars, the environmentally-friendly ones, tech savvy cars and more from companies such as Volkswagen, Ferrari, and Mercedes-Benz rocked the entire Paris Motor Show. You weren’t able to attend right? Well, no problem, catch all the fun and awesome cars here. This show wasn’t just about any car. Unlike previous years where the Paris Motor Show was characterized by best models with the best diesel engines, this year’s show centred on something extraordinary; electric cars, hybrids, and tech-savvy ones took centre stage; creating a big shift across the entire auto industry and a different taste at Paris. 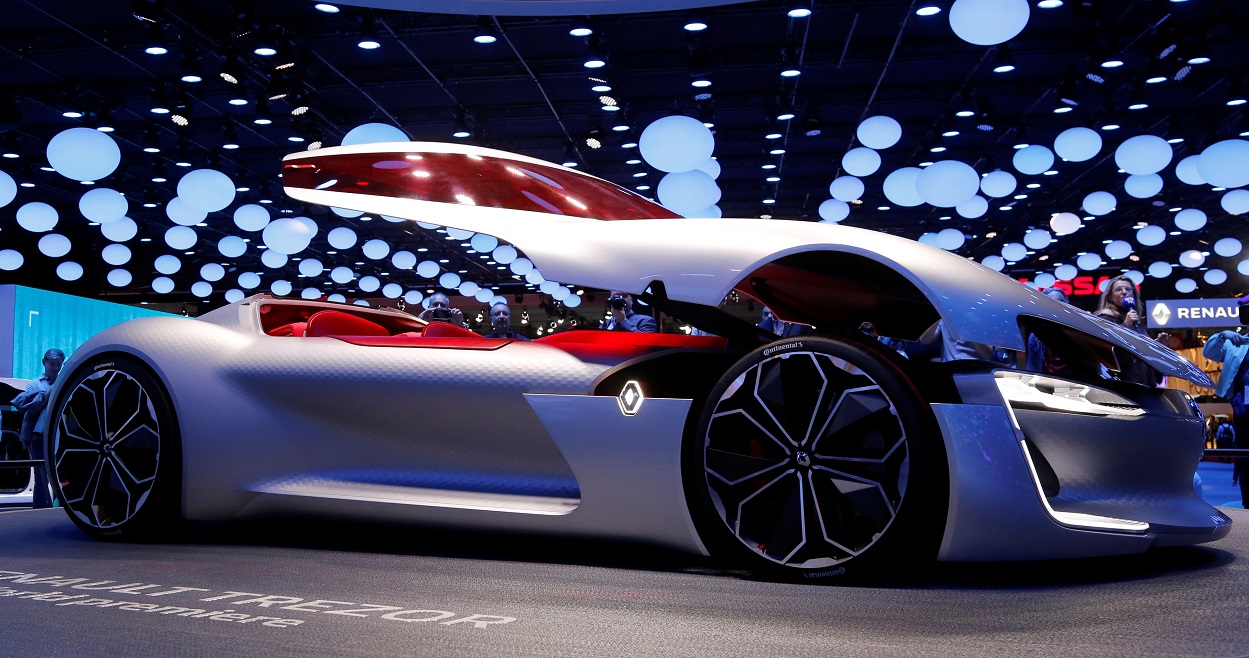 The show was officially made available to the press on Thursday under tight security and grey skies. Come and see how robust and excellently-carved sports cars moved in a meticulous manner around lit platforms? In the entire maze of the convention halls, there was an echo of non-stop baselines that spread and took the entire southern part of Paris by surprise. At every exhibition ground, cocktailed-dressed women were impassively smiling, giving passersby a welcoming and lovely feel as they made their way towards the shiny cars. That was the real phenomenon of “Booth Babe” that seem to have entered the entire auto industry.
As much as we talk about actual cars, hybrids and EVs were the order of the day and the attraction everybody was looking for.VW, in order to shift attention from their scandal concerning their diesel emissions, unveiled a new and robust concept car with its ID being powered by batteries. VW likened this revelation to its Beetle, known to be one of the iconic concept cars around.Mercedes unveiled its electric-powered SUV concept car: Generation EQ. The power of this car is purported to take 310 miles when charged, that’s 500km. French companies like that of Renault also came up with its Zoe EV. This is purported to last for 250 miles, approximately 400km when fully charged.
It looks like all automakers are now adapting their systems to an all new scenery; the move towards hybrid and electrical cars. That’s what went on at the Paris Motor Show. The plan to face out diesel-powered cars seem not to be something that was just planned yesteryear by the automobile companies, it’s something that they seem to have been planning for a long time as it’s not easy to come out with such innovations.As rightly said by a PRO at Renault that; the journey towards a hybrid or electrically powered care did not just start now. The journey has been a long one.
There were, however, some surprises for most participants. Major and trending car companies including Lamborghini, Mazda, Ford, and Volvo did not take part in this year’s event. This was a surprise to many auto enthusiasts. Another surprise was that the hybrid and electric nature of cars met with regulations that were early on made in Paris concerning how diesel-powered cars were to be faced out from the system as France has progressively planned to make sure that they don’t content with diesel cars again. This was a move in a good direction by automakers and a welcome to the French.

ICICI Bank Limited is trusted and popular Indian multinational banking service provider, the company headquartered in Mumbai, Maharashtra. It’s registered office in Vadodara, Gujarat. ICICI bank limited was formed in 1955 at the initiative of the World Bank, the Government of India and representatives of Indian industry. Now days, the bank is second largest in India, the terms of assets and market capitalization. The company have personal banking support at 1860 120 7777 across the country.

BYJU'S is an Indian largest ed-tech company and the creator of India's most loved school learning app. Launched in 2015, headquarter in Bengaluru. BYJU'S offers highly personalised and effective learning programs for classes 1 to 12, and aspirants of competitive exams like JEE, IAS etc. With 50 million registered students and 3.5 million paid subscriptions, BYJU'S has become one of the most preferred education platforms across the globe.

Lamborghini is an Italian based luxury sports car and SUVs based Manufacturer Company situated in Sant’Agata Bolognese. The company is owned by the Volkswagen Group through its subsidiary Audi. The company currently produces the V12 powered Aventador and V10-powered Huracan.